Thomas S. Vontz, professor of curriculum and instruction at University of Kansas (US) will deliver a series of lectures on constitutional democracy, human rights and public policy at upcoming CIVITAS Ceritification Institute Program. His professional career began at Lincoln Southeast High School in Lincoln, Nebraska from 1993-1996 where he taught United States History, American Government, and United States Foreign Relation; coached swimming and basketball; and sponsored Fishing Club and served as commissioner of the Fantasy Football League. After teaching at Lincoln Southeast, he attended Indiana University to pursue a Ph.D. in Curriculum Studies with an interdisciplinary minor in Law and History. His studies focused on social studies education and education for democracy. At Indiana University, he directed the Indiana Program for Law-Related Education, served as co-director of Civitas: An International Civic Education Exchange, and coordinator for both We the People. . .the Citizen and the Constitution and We the People. . . Project Citizen. Since 1998, has worked with colleagues in Latvia, Lithuania, Estonia, Bosnia, Pakistan, Russia, Bangladesh, Cambodia, and, most recently, Kazakhstan to promote education for democracy.
–
In 2001, Dr. Vontz accepted a faculty position at Rockhurst University in Kansas City, Missouri where he taught courses in social studies education, teacher education, and geography. In 2005, Vontz accepted a faculty position at Kansas State University where he teaches undergraduate and graduate education courses and directs the Center for Social Studies Education. He also served as the President of the Kansas Council for the Social Studies, Associate Director for Publications for Civics Mosaic, and as a reviewer for several journals.
–
Dr. Vontz has authored or coauthored a number of journal articles, book chapters, curriculum materials, ERIC Digests, evaluation reports, and books. Vontz was elected to Faculty Senate in 2007 and appointed as chair of the Faculty Senate Committee on University Planning in 2008.
–
“No matter how powerful political elites might appear, democracy means rule by the people. To be good rulers, the people must be educated in the principles, practices, and values of democracy.” – said professor Vontz during his last visit to Sarajevo.
–
“Governments rarely change by themselves; they usually need help from active citizens. Bosnia and Herzegovina is not an exception; it is just a fine balance to denounce violence and use democratic processes to demand the government serves the people, for in democracy that is its role.
–
As an American citizen, I am proud that my embassy in Bosnia and Herzegovina has made democracy education a priority in BiH.” 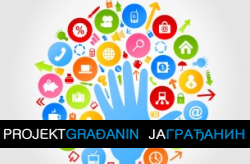 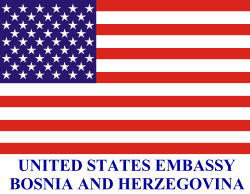